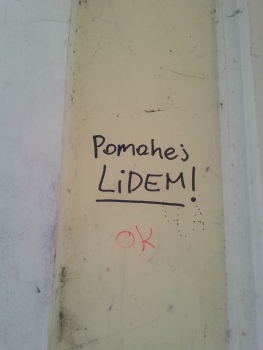 …is not a pathology, a DSM Mental Health diagnosis, a deficit,
or disordered, or wrong.
Intense is bold, strong, courageous to the nth degree, in your face, truthful.
Intense is neither flexible nor choice.
Intense is not willing, wishful, wanting, hope, or even drive, ambition.
Intense is a primal need;
to push, limits; mine, yours, theirs, ours, always.
And exactly when you think;
Intense has pushed enough, pushed too far,
Intense pushes again;
further, than ever here-to-fore.
Intense is pure, unadulterated.
Intense is the epitome of unfiltered.
Intense is emotional excess:
the good the bad, the beautiful the ugly, the high, the low;
not despite having known pain, but because it knows pain.
Intense and pain, are intimately acquainted;
they are, in fact, in love, inseparable,
pain is fuel on the fire that is,
Intense.
Intense is often confused and contradictory, no, not contradictory,
Intense is highly conflictual.
Intense is deeply connected, insightful, wise, awesome-crazy, vulnerable and even, volatile.
Intense is wild.
Intense is unfettered.
Intense is not funny or amusing;
Intense is hilarious.
Intense cannot be contained, will not be boxed.
Intense puts the shattered pieces back together;
in a way that creates a picture more beautiful,
than the one which was seemingly in-tact,
prior to its shattering.
Intense has wings.
Intense makes pigs fly.
Intense knows not, of impossibility.
Intense is the home of creativity, its very core, its essence.
Intense is never indifferent, and never, ever, mediocre or neutral.
Intense knows no middle ground.
Intense is love and hate, war and peace, black and white;
but it resides, in living colour.
Intense is primary, neon, even.
Intense registers no nuanced hues or shades of gray.
Intense has no space for washed out and faded.
Intense is not boastful, but it is proudly aware of its inherent
Intensity and character.
Intense is a student and humble teacher.
Intense appears bossy, but is in actuality, a leader.
Intense is loud, especially when silent.
Intense will not walk the talk of shameful suffering and pastel-coloured pity.
Intense occupies souls and fuels the infernos of spirit-blazes too hot to extinguish.
Intense will be doused only, with (premium)fuel.
Feed the flame;
watch,
Intense incinerate,
evil; with Love.

Intense will no longer apologize for its intensity.