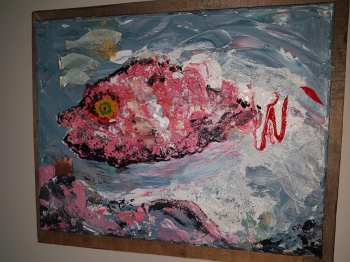 This is NOT a sob story and it is just the beginning.

The more I learn about this thing, and trace back to what at first glance appeared to be unrelated ‘health issues’ over the last couple/three years, Hashimotos is just a single example out of many, the more I understand this ‘thing,’ and the angrier I get with my (ex)GP and the mainstream healthcare system.

I have had to become my own doctor in so many ways, and so much of my (and others) suffering could have been pre-empted, treatment could have been so much simpler had a few connections been made, that I have now made myself. There could be a thousand and one reasons I tested negative for Lyme, including the fact that it may well be different bacteria, with very similar, equally serious symptoms, and/or, how we test for Lyme remains inadequate at best, and negligently pathetic at worst, resulting in many (documented) false negatives. Whichever it is, I am well beyond ‘acute’ which is the most treatable phase of this beast, well beyond ‘chronic,’ into the third phase, which impacts every single part of my body, every single system.

Some days the only thing I can do is stand, because sitting is too painful… and that’s just the tip of the symptom iceberg… Game changer does not begin to describe it, this thing. In a pm conversation with my BFF, I likened it to addiction, in that it morphs, hides, changes, is resistant to treatment for all of those reasons, just as stigmatized, judged (but you don’t look sick… fuck you!), and mis-understood.

The mainstream healthcare system did fuck all to support me in that battle, why the fuck would I be so delusional as to think they will help me with this one! No seriously? Why? This is not a sob story, this is my reality, it is complex, brutal, and there is no quick fix. So if you find it overwhelming (imagine how I feel?), fuck the fuck off already, permanently. Don’t bother just unfollowing or snoozing, please, that is so fucking passive-aggressive that it seriously brings out the ‘violent’ in my hard-core anti-violence stance. Stupid as they generally are, some interwebs memes are at least accurate: “…if you can’t take me at my worst, you do not deserve me at my best…”
~Marcela.
Crown in place, at the bottom of the sea floor, closely guarded by PinkFish and her compagnons silver fishes… Don: like my other favourite artist, Vincent, you lay the paint on thick, in layers, because real stories cannot be told in veneers and with thinly brushed, watery strokes, for the truth, rarely lies at the surface.. I love you, and you MySue. I would drown without both of you right now. 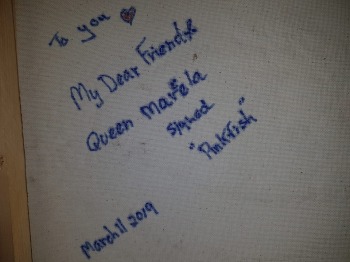 Writing and Photographs: please share if so inclined but do refrain from plagiarizing and using photographs without permission. Thank you.